Arizona’s wildlife species are as varied as the habitats they call home. From the low cactus studded flats of the Sonoran Desert, to the highest alpine peaks, the diversity of Arizona wildlife may surprise you! Your state parks are a great place to experience Arizona’s native animals in their natural settings and gain insight about their existence in this gorgeous state. This general overview will cover commonly encountered species within a number of your Arizona state parks. Familiarization with Arizona's plant species and how animals use them will help you find wildlife in the parks. More information, and a chance to experience the wildlife can be found by visiting the parks, talking with park staff, and hiking the trails that traverse the rich Arizona landscape. 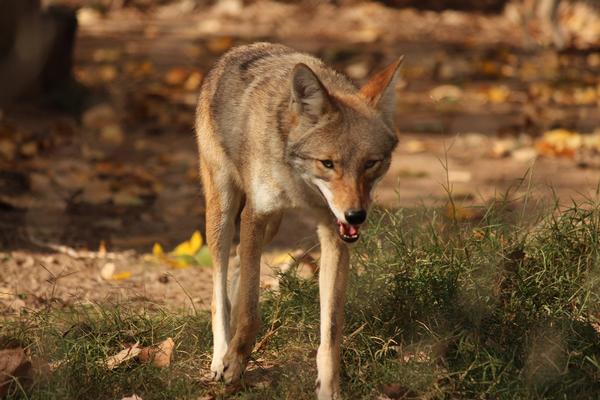 Coyotes can be found statewide and occur in nearly every natural Arizona state park. Their nocturnal habits make it difficult to catch a glimpse at times, but occasionally, when they're in the midst of a hunt, can be seen looking for their next meal during daylight hours. Catalina, Lost Dutchman, Red Rock, and River Island state parks report several sightings each year and are a great place to see the quintessential desert dog in its natural habitat.

Coyotes are great hunters and really keep the rodent populations of your state parks in check. They have been known to take larger prey species, although small mammals, reptiles and birds are typically within their preferred diet. Arizona’s coyotes come in a variety of colors depending on where they live. Various shades of tan, brown, gray, and red coyotes have been spotted in the parks, although most individuals seem to have a variety of colors throughout their coats. 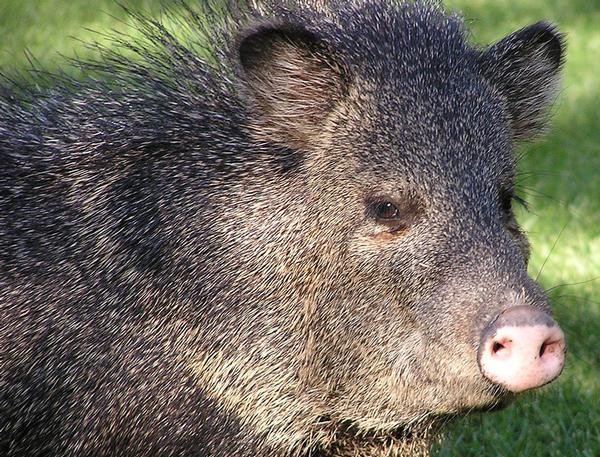 One of the more unique Arizona wildlife species to frequent the parks are the collared peccary, more commonly known as javelina. These odorous pig-like creatures are always fun to watch and usually provide ample time to snap a few photos. Watching the social hierarchy within a herd can prove very entertaining as they communicate both verbally, with grunts, pops, and squeals, and through the use of body language. Keep an eye out for javelina at Catalina, Dead Horse, Lost Dutchman, Patagonia, Red Rock, and Slide Rock state parks, and then share your photos to our social networks.

Javelina in Arizona’s state parks are relatively easy to approach for photo opportunities, or simply satisfy curiosity, because their eyesight is rated as generally poor. Please keep a safe distance however when enjoying the javelina to avoid any unwanted aggression. 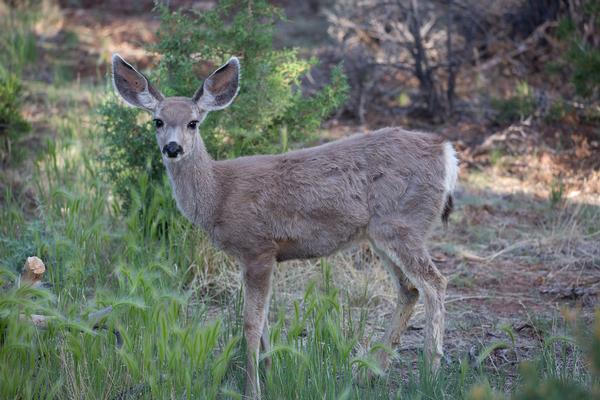 Arizona’s two deer species are both represented within parks across the state. Mule deer, and Coues whitetail deer typically occupy slightly differing habitats, although species overlap is common and can be seen in some of the parks. If visitors would like to increase the likelihood of an encounter with deer in the parks, they should be on the trail early or late in the day. Both deer species are more active in the hours surrounding sunrise and sunset and can be seen as they feed, water, or travel to their daytime bedding areas.

Great times of year to see either species include the spring and summer months when deer are generally relaxed and raising fawns, and then again in December and January during their breeding season. Great places to see mule deer include Catalina, Lost Dutchman, Picacho Peak, and Red Rock state parks. Coues whitetail deer frequent Kartchner Caverns, Oracle, Patagonia, and Slide Rock State Parks. 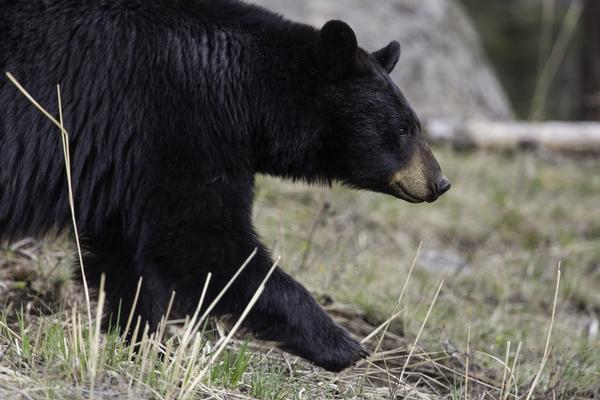 Although not extremely prevalent in the parks, Arizona’s black bears do, at times, make appearances in certain locations. Interestingly, not all black bears are black. Brown, reddish, and even blonde bears exist throughout their range in Arizona. Slide Rock and Tonto Natural Bridge offer the best chance of seeing one of these secretive, intelligent animals. Typically, the best time of year to see a black bear in Arizona is during the late summer and early fall as bears gorge themselves with food high in calories in preparation for a long winter hibernation.

Please give black bears ample space while viewing them in the parks and resist the urge to feed them! If bears become accustomed to feeding and are conditioned to humans, problems could certainly arise. 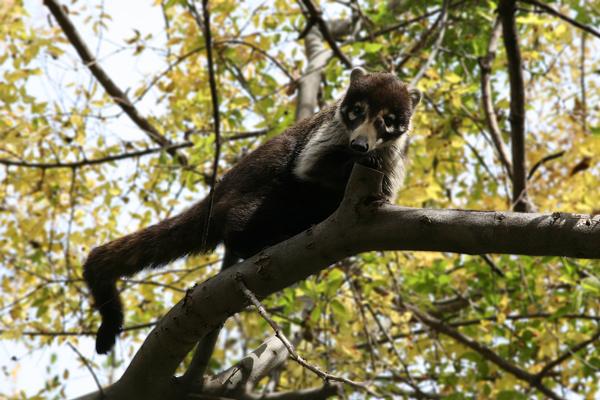 Often mistakenly referred to as desert monkeys because of their long tails and propensity for trees, the coati, or coatimundi is actually more closely related to a raccoon. These social animals are great fun to watch and can be seen in several of your state parks across Arizona. Groups of up to thirty individuals have been seen and these large groups typically contain young animals and females. Male coatimundi live a relatively solitary life and join the groups closer to breeding season.

Coati's have been seen at Kartchner Caverns, Catalina, Patagonia, and Tonto Natural Bridge State Parks. Their population is currently expanding rapidly and hopefully one day soon we will see coatimundis in more state parks across the system. 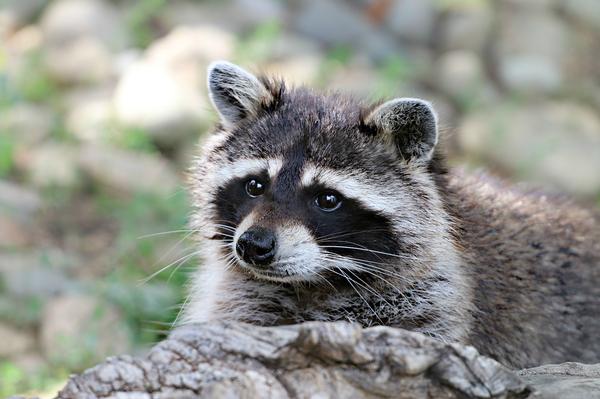 Raccoons can be found throughout Arizona and live nearly anywhere a permanent water source can be found, even in the desert! These little mammals can reach weights of up to 30 pounds and have adapted well to living near humans and their activities. Have you ever awakened to campground trash strewn about the campsite? The culprit or often culprits, are raccoons.

Typically, these guys will consume a variety of plant and animal species, although their main diet consists of aquatic insects, fish, invertebrates, eggs, birds, small rodents, fruits, grains and nuts. Although raccoons are nocturnal in nature, there is always a chance of seeing them during the day if you’re in the right place...Roper Lake, Patagonia Lake, and Dead Horse Ranch State Parks are great places to start looking. 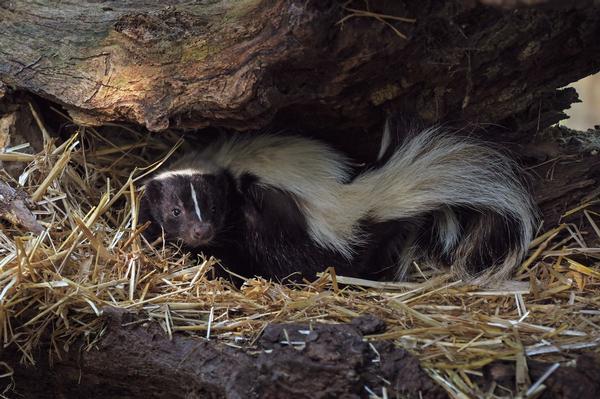 Four species of skunks can be found in Arizona: striped, hooded, hog-nosed, and spotted. Each of the four species can be found in your state parks although the striped variety is the most common. Another nocturnal animal, skunks are active at night hunting for small rodents, insects, eggs, and grubs, although they supplement their diet with various grains and fruit.

Believe it or not, there are a number of predators that prey on skunks in spite of their pungent aroma! Coyotes, mountain lions, and bobcats to name a few have grown accustomed to the foul-smelling mammals! Of interesting note, skunks rarely live over three years in the wild due to predation and a high occurrence rate of rabies. Oracle, Alamo, and Patagonia Lake state parks offer great wildlife viewing opportunities for several Arizona Skunk species. 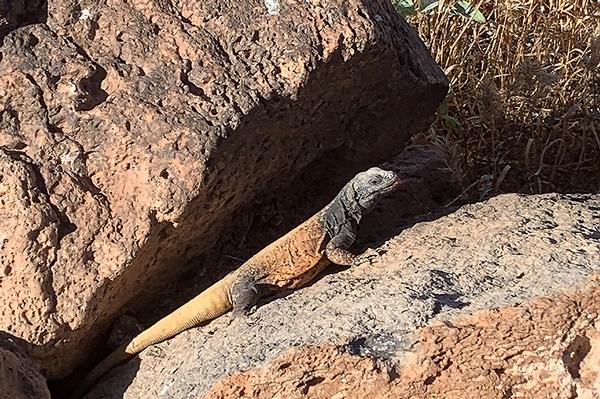 These interesting members of the iguana family are relatively common within Arizona’s desert state parks. Adult males can reach 16 inches in length and two pounds in weight! Consuming a primarily herbivorous diet of leaves and desert fruit, these large desert lizards will supplement their diet with the occasional insect. Chuckwallas have the ability to change their body color to match their surroundings which helps evade predators. They will also retreat quickly into tight rock crevices when threatened.

Because they have adapted to the harsh desert climates, chuckwallas may not breed every year reserving their breeding energy for years of adequate rainfall. This simple trait will help ensure the survival of a larger percentage of their offspring. 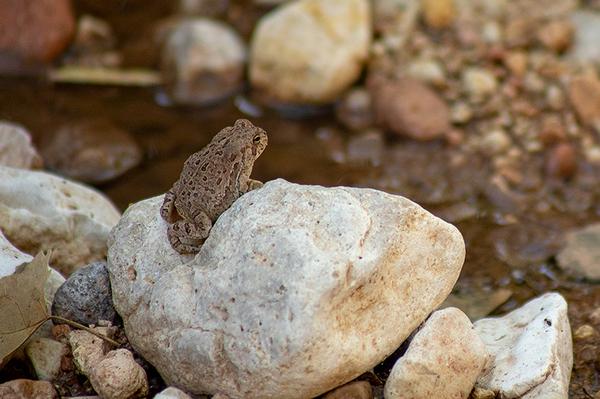 This amazingly adaptable little amphibian can be found throughout Arizona except in the highest mountains and the desert areas near Yuma, Ariz. Adults grow up to three inches long and the easily identifiable high-pitched trill is a great way to locate and observe them in their natural habitat. Their preferred diet consists primarily of insects, although they sometimes feed on other small amphibians.

Red-Spotted toads prefer rocky areas near permanent streams and other bodies of water. Dead Horse Ranch and Patagonia Lake state parks are a great place to watch them interact and listen to their calls. Unlike other amphibians that lay eggs in “clumps”, red-spotted toads are born from a single egg and metamorphize from tadpole to adult in 6-8 weeks. 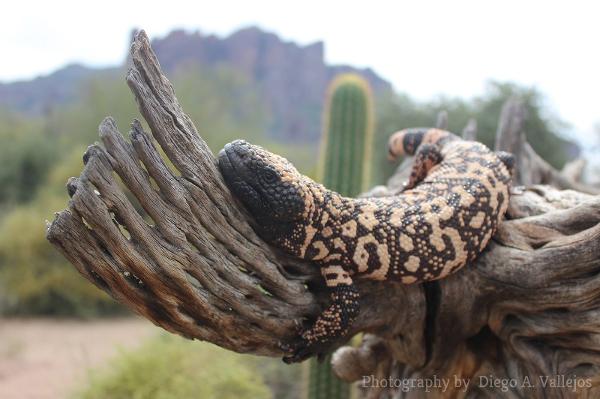 Gila monsters are specifically designed for desert life in somewhat arid country. Several of your state parks fall within great Gila monster habitat and these seldom seen reptiles of the desert can add a very cool experience to your park visit. Gila monsters store fat in their tails which helps during lean times or during their annual hibernation. Their venom is used to immobilize prey such as small mammals, birds, and other reptiles. They also eat carrion and have large claws aid in digging out underground prey, or eggs.

Gila monsters spend much of they're daytime activity in shallow boroughs they have dug out, in small depressions, or other shaded areas. If you're lucky enough to see one while in the parks, stay back, snap a few pics, and observe only long enough to complete your experience without interrupting the lizard's routine. 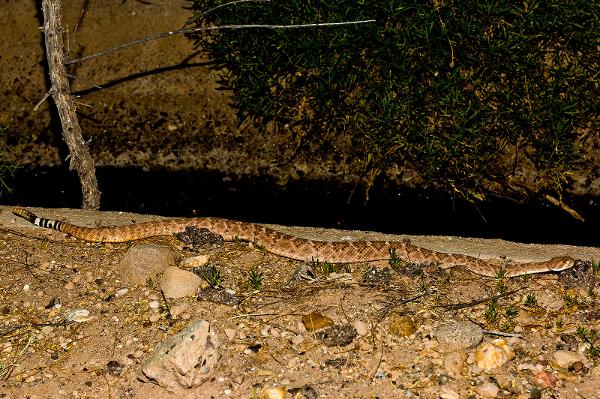 Although the Western diamondback rattlesnake can be found in nearly every state park, they prefer to live a solitary lifestyle, away from humans. Luckily for us, if we venture too close, many of them will give a quick rattle warning to alert us of their presence. These vipers eat nearly anything that will fit in their mouths and are preyed upon by a variety of species such at coyotes, bobcats, roadrunners, kingsnakes, and birds of prey. Fun Fact: The tail rattles are made from keratin which is the same portion that that makes up your hair and fingernails. 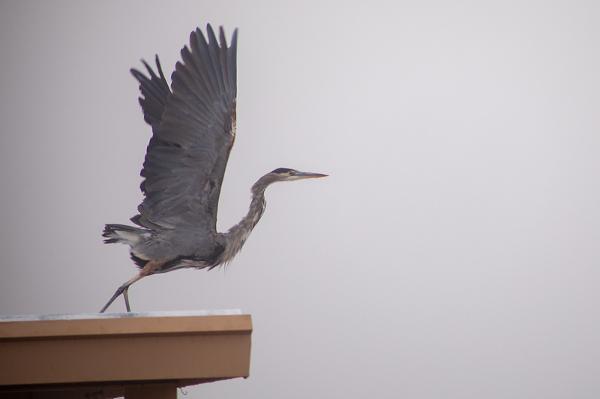 These majestic birds are likely found near water, searching out some fishy dinner. Similar in aesthetic to cranes, they are the largest heron in North America. Adults can grow up to 4.5 feet with a wingspan of up to 6.6 feet! Their long legs and neck allow them to snap quickly in the water, snatching up fish, frogs, salamanders, and more. The call of a Great Blue Heron is more of a croak, and different variations can mean warnings, or simply that they've landed safely. They can be found in most of  North America, and are quite common in Arizona!

Spot them at parks with marshy areas, like Roper Lake, Patagonia Lake, and Dead Horse Ranch state parks. They nest in trees, but spend most of their time by the bodies of water, hunting for their next meal. 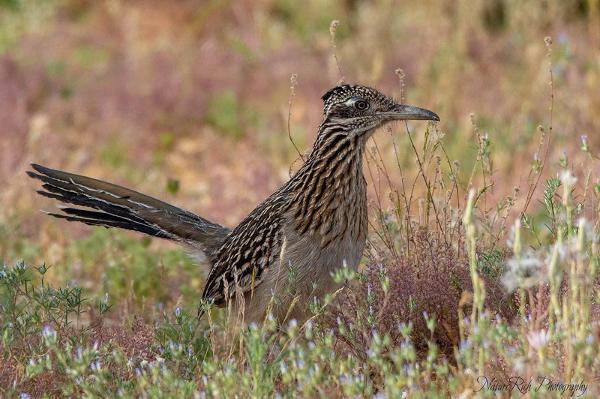 Did you know that roadrunners are actually members of the cuckoo family? In fact, they are the largest bird in that distinguished, yet mostly misunderstood group. The greater roadrunner found in many of Arizona’s state parks are fun to watch and can often be seen from the trail. In addition to preying upon almost anything that will fit in their mouths, the greater roadrunner has become especially adept at killing and eating rattlesnakes. Fun Fact: Roadrunners mate for life and the pair will defend their territory fiercely. 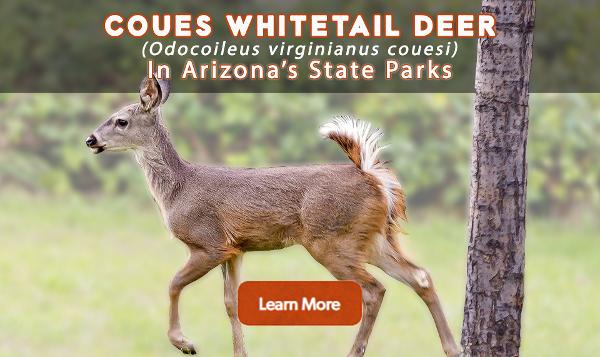