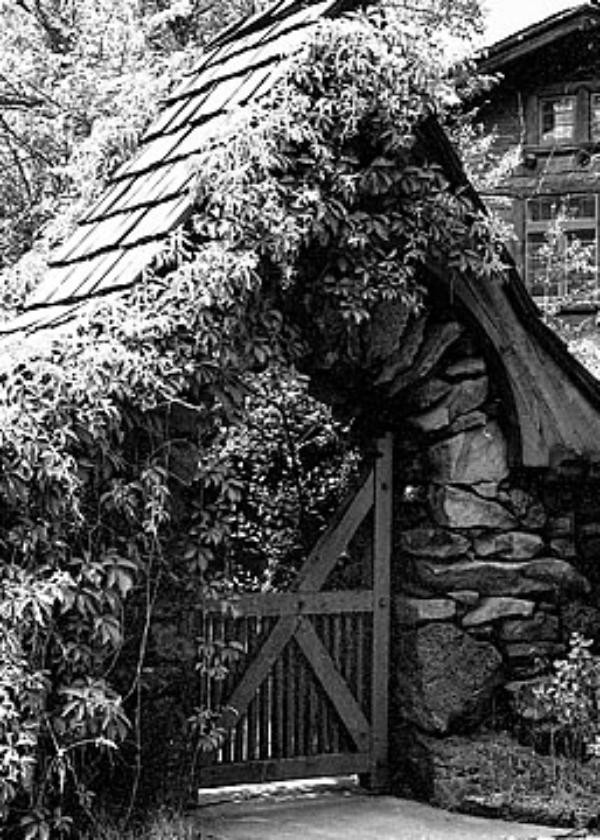 Riordan Mansion State Historic Park includes two almost identical homes built in 1904 by Michael and Timothy Riordan. The homes are connected by a rendezvous room and altogether contain 13,000 square feet of floor space and sit atop Kinlichi Knoll in Flagstaff. The Riordan brothers were members of a prominent Arizona family who played a significant role in the development of Flagstaff and northern Arizona and were involved in lumber, railroads, cattle, banking, and politics.

The architect for the Riordan homes was Charles Whittlesey, who was also the architect for the El Tovar Hotel at the Grand Canyon. Some of the similarities between the structures include massive stone arches at porch corners and rustic exterior consisting of log planks, wood shingles, and native stone.

Mr. Robert Chambers had known Beverly and Duane Miller (ASP Board member) for many years when, early in 1977, he requested a meeting with them to discuss the potential of his Riordan home as a State Park. Mr. Miller told staff that Mr. Chambers only wanted to talk to Beverly because her family had settled in the Flagstaff area before his family had. In April 1977, Beverly and Duane Miller and Michael Ramnes, State Parks Director, met with Robert Chambers to evaluate possibilities of the Riordan home being donated to State Parks. Shortly after the meeting, Bob Chambers offered his home and some land to State Parks as a State historic park with several conditions: 1) Land, approximately five acres, and buildings included in the donation would be maintained and utilized only for State Park purposes. 2) Robert Chambers would retain the right of residing in the house, rent free, for the balance of his life. 3) Only furnishings specified by Mr. Chambers would be donated to State Parks. 4) Only his portion of the property would be included in the donation. His sister-in-law’s portion was not included.

The State Parks Board, at its September 23, 1977, meeting, reviewed a packet of information on the Riordan house prepared by staff and a recommendation authorizing staff to negotiate with Mr. Chambers and his representative to finalize the terms of the proposed donation and to bring that information back to the Board for its consideration of acceptance of the donation. 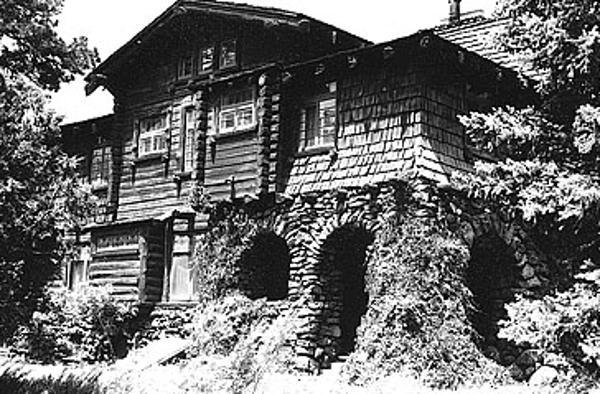 In 1978, the East side of the Mansion was overgrown with plants

During the December 9, 1977, meeting of the State Parks Board, Director Ramnes was authorized to accept the donation of Kinlichi Knoll #2 (the East side) on behalf of the State and to complete all necessary documents.

In a discussion on March 16, 1978, with Jack Malmgren, son-in-law of Robert Chambers, Director Ramnes was informed the donation would be delayed by 45-50 days pending consummation of the sale of the 50 acres surrounding the 5-acre property that would be donated to State Parks. The legal description and map for the 5-acre parcel was sent to State Parks in May 1978.

Early in October 1978, Director Ramnes and Charles Eatherly, Chief of Planning, were invited to Flagstaff for a meeting with Blanche Riordan Chambers, sister-in-law of Robert Chambers, to discuss the possible donation of her property. Mrs. Chambers, her son, Brian Chambers, and her attorney, Ron Lee were in the meeting that was held in Mrs. Chambers’ west wing second floor bedroom. Mrs. Chambers was lying on the bed and remained there throughout the meeting, saying very little. Director Ramnes explained the State Parks mission and how the agency proposed to utilize the donation as an historic park.

The contents consisted of an incredible array of original artifacts associated with the families of Timothy A. Riordan (east side) and Michael J. Riordan (west side). The artifacts consisted of furnishings, household accessories, clothing, personal items, photographs, documents, maps, letters, books, and magazines. A number of the pieces of furniture are fine period items designed and constructed by Gustav Stickly, recognized as the Father of the American Arts and Crafts movement. Some of the other furniture is turn of the century, custom made Flagstaff products from Douglas fir and Arizona walnut.

During 1979, a great deal of time was spent securing a primary access into the Park. Initially the entrance was to come from the north; however, with the sale of that land to a development firm, the plans for the north roadway were changed. Staff worked closely with the City Planning and Zoning Department on the proposed development plans for the property adjacent to the Park.

An Ad Hoc Advisory Committee was appointed and met several times at Riordan Mansion to assist Parks staff in the development of the Master Plan. Members of this committee were: Robert Bowen, James Stalnaker, Paul Babbitt, Marshall Knoles, Rama Sharber, Christian Peterson, Augustus Cotera, Beverly Miller and Joanne DeSpain. The Riordan Mansion State Historic Park Master Plan was presented at a public presentation in Flagstaff in January 1982. This Master Plan was reviewed and approved by the State Parks Board on April 29, 1983.

The public opening of the Park was held on August 4, 1983. At the opening, the tours were given of the east side once occupied by the Timothy A. Riordan family. The admission fee of 50 cents per visitor was waived on opening day.

The west wing of the house remained occupied by Blanche Chambers until her death in 1985. Because of the stipulation in the donation, the Chambers’ family had one year after her death to use the house before it was available. State Parks took full possession of the west side and its numerous artifacts in 1986. Michael Riordan’s side was opened to the public for self guided tours on April 27, 2002. At the Dedication Ceremony, John Schreiber served as Master of Ceremonies. He introduced all family members from both sides of the house and invited the Mayor of Flagstaff, Joe Donaldson to speak. Charles Eatherly, from the State Parks office in Phoenix, spoke of his involvement with the various family members in working out the donation of the property. Mike Davis, Assistant Park Manager, spoke about the history of the two families. All visitors gathered at the front door of the west side for official opening and a ribbon cutting.