Phoenix – The Sandra Day O’Connor House in Tempe has been officially listed by the National Park Service in the National Register of Historic Places, the Arizona State Historic Preservation Officer announced today. 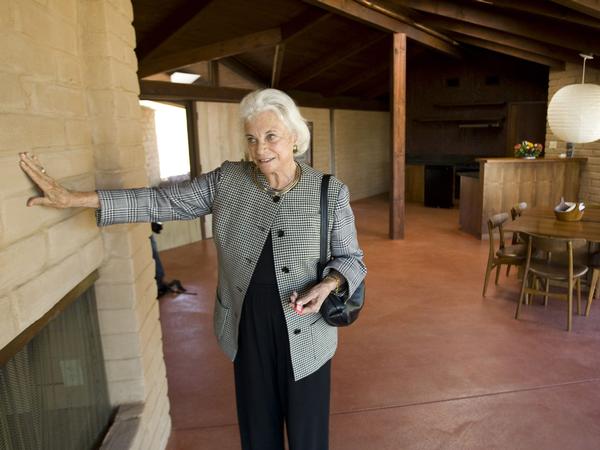 The nomination was prepared by the State Historic Preservation Office and was unanimously approved by the Arizona Historic Sites Review Committee on March 22, 2019. The National Register of Historic Places is the nation’s list of properties considered worthy of preservation.

“The Arizona SHPO is proud to have collaborated with Justice O’Connor’s friends and colleagues as well as the O’Connor Institute to ensure national recognition of this legacy resource,” said Arizona State Historic Preservation Officer Kathryn Leonard.

The Sandra Day O’Connor house was built in 1958 and was originally located in Paradise Valley. Justice O’Connor resided in the house from 1958 until 1981 when she was named to the Supreme Court by President Ronald Reagan. The home was the center of O’Connor’s life during her ascent to the pinnacle of the judiciary. While living there, she endured discrimination in the 1950s and early 1960s when no law firm in Phoenix would hire a woman, raised her three sons, established herself as an attorney and judge, and then rose to become the first female Supreme Court Justice. Justice O’Connor was repeatedly noted as a gracious hostess, deftly balancing the domestic expectations of women during that era with her professional ambitions, and her home became a regular gathering place for Arizona’s most influential individuals. From the nomination: “[T]he house represents the intersection of her identities as a woman, lawyer, wife, and eventually mother, politician, and judge.”

“Justice Sandra Day O’Connor is an inspiration to so many Arizonans,” said Governor Ducey. “The O’Connor House was her home for decades as she shattered glass ceilings and blazed a trail for others to follow. With this designation, this important piece of Arizona history will be protected for generations to come.”

In 2009, the house was relocated from its original site in Paradise Valley to Papago Park in Tempe. The relocation was in coordination with a well-publicized rehabilitation of the property, and it restored the original desert surroundings of the building. Today it is the home of the Sandra Day O’Connor Institute. From the nomination: “[I]t is the property most significantly associated with O’Connor’s career, the place she herself testifies was crucial to her rise in politics and around which the local community has committed to preserving to continue her legacy of service to Arizona and the nation.”

For more information on the National Register of Historic Places and the listing process, in Arizona visit https://azstateparks.com/shpo/.