Take a step back in history as you walk the footsteps of early 1900's ranchers and artisans. The original 160-acre ranch was purchased by Neil and Lee Kannally in 1903. The two brothers were later joined by three other family members (sisters Lucile and Mary, and brother Vincent) and the ranch grew to almost 50,000 acres.

Initially, the Kannallys slept in a small adobe cottage on the original 160 acres, but later a second cottage was built for Mary and Lucile. The present Kannally Ranch House was built in 1929-1932 and is of Mediterranean Revival Style with Moorish influences, patterned on Italianate villas of the 1920s.

Following the death of Lucile Kannally in 1976, the ranch was willed to the Defenders of Wildlife, which later deeded the ranch to the Arizona State Parks Board. Oracle State Park: Center for Environmental Education is a 4,000-acre wildlife refuge and environmental learning center for school and adult groups. The park facilities were designed to be compatable with the ranch's natural surroundings and also to provide access for individuals with special needs.

Self-guided tours are available throughout the year and give visitors a glimpse into early 20th century life in the southern Arizona high desert, and the creative family that lived here. Period artwork and the unique Kannally style are on desplay in this well-curated southern Arizona museum. 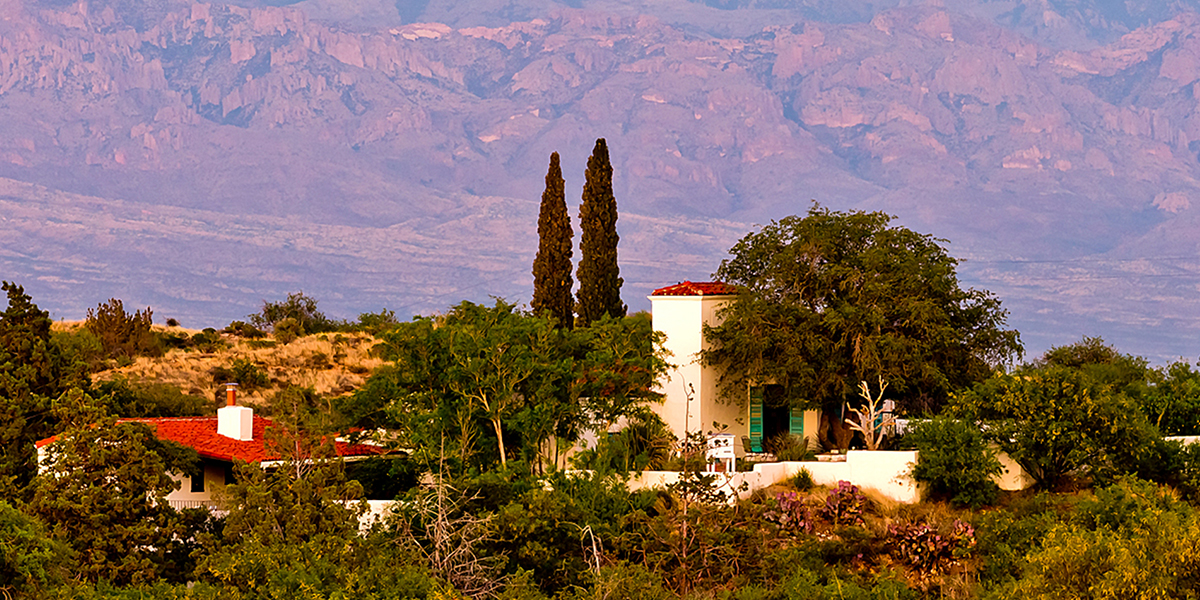