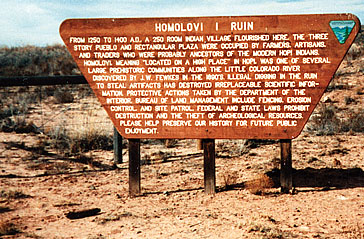 The primary Homolovi interpretive resources consist of archeological sites including four major pueblos, numerous smaller structures, and site features ranging in size from one-room pit houses or simple artifact scatters to a 1200 room pueblo, and petroglyphic panels with depictions of kachina and clan symbols. The sites date from three main periods: AD 620-850, AD 1050-1225, and AD 1260-1400. During each of these periods there was a concentrated population of people living near the Little Colorado River. Members of the Hopi Nation consider this area an important ancestral site and return to Homolovi for religious purposes. 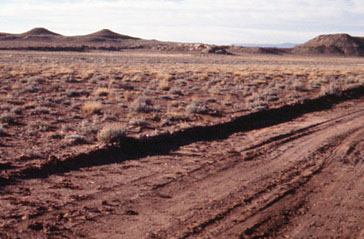 The historic cemetery of Sunset is of great significance to the local community and its past. Established in 1876, this Mormon settlement boasted the first post office on the Little Colorado River and was near an important ford of the river. The town was abandoned in the 1880’s. The only obvious remains of this town are the headstones in the small cemetery.