Dump station and potable water filling is for use by registered campers only (No OHV use of dump station or filling fresh water tanks). Stage I Fire Restrictions are in effect.

Wifi is experiencing intermittent service and may or may not be available at times. 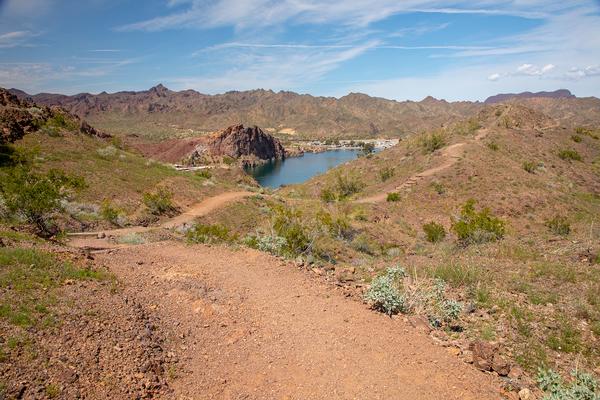 Buckskin Mountain State Park and its River Island Unit are located along the Colorado River in western Arizona. The park is characterized by dry sunny weather and visually striking geology including views of natural arches and bridges (look close; they are somewhat hidden). The Lightning Bolt Trail, roughly three miles round trip, heads into the Buckskin Mountains and highlights desert vegetation, river views, and remnants of mining history. River Island’s Wedge Hill Trail, about ¼ mile long, has views of the Colorado River and Parker Dam, desert vegetation, and remnants of mining history. 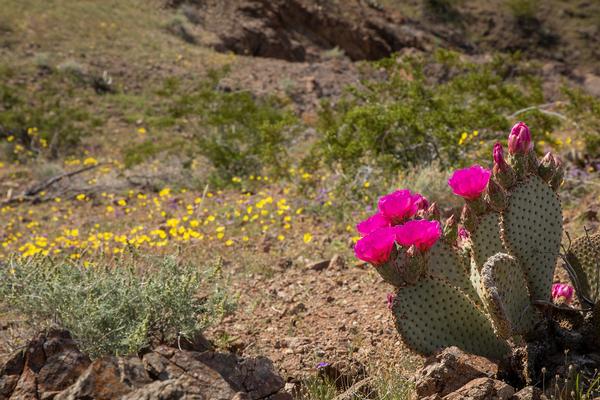 Like many areas of Arizona, Buckskin Mountain State Park and River Island Unit are also home to non-native plants and animals. These non-native species arrive in a variety of ways; some species have been accidentally introduced and humans introduced some purposefully. Tamarisk or salt cedar (not a true cedar) is a good example of a plant that was introduced purposefully. It was originally brought to Arizona as erosion control and to stabilize stream banks. Oleander (Nerium oleander) is also found in the park, in addition to being non-native, it is also quite poisonous; avoid touching any part of the plant and DO NOT use it for marshmallow roasting sticks.

The park is open 24 hours, year-round

Buckskin Mountain State Park commands one of the finest views along the Parker strip, an 18-mile stretch between Parker Dam and Headgate Dam. Mountains line the river on both the Arizona and California sides, and the wildlife is as varied as the recreational opportunities along the river. This picturesque park provides a scenic respite, mountain hikes, a desert escape and fun-filled water adventure. Come enjoy all the park has to offer. The park has a campground, waterfront camping, beach, hiking trails, boat ramp, picnic area, basketball and volleyball court, and park store.