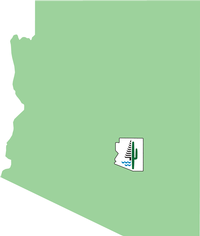 I wanted to take a minute to share with you my thoughts about the AZ State Park Family Camp Out we attended this past weekend at Lost Dutchman.

My boys (now 7 and 9) love to camp and be outside but I split from their dad a year ago and I was nervous about trying to do all the camping things myself.  Plus I like to do things like shower and sleep in a bed.  This trip far exceeded my expectations.  And my expectations were high.  I was expecting to show up with the stuff on the lists and then do basically nothing for two days. This actually happened !! (1) because of your staff's willingness to teach my 7- and 9-year-old boys to do all the camping things and (2) because of all the activities that were planned. Thank you. 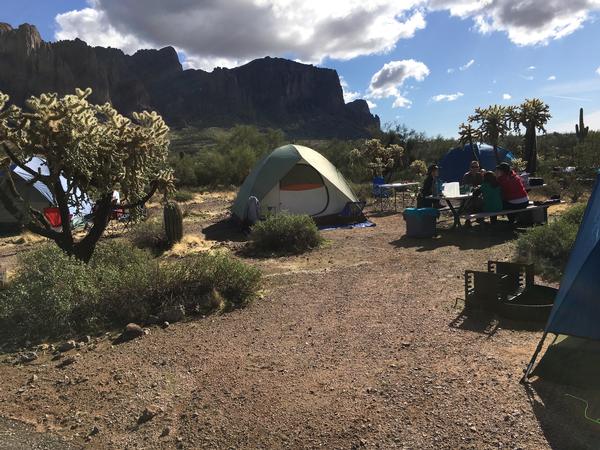 Even though I didn't have to do (much) camping labor or entertain the children, I didn't expect to enjoy "doing basically nothing for two days" as much as I did. First, the activities were many and varied and well-done. In two days, we hiked (and hiked and hiked), did some plant ID, learned about wildlife, geocached (using plant ID that we learned!), made bracelets, did archery and sling shots, helped with a service project digging up invasive species (LOVED THIS PART OF IT -- GIVE BACK), started fires with flint and steel, and made s'mores.  There were even some other things planned that we didn't get to. Nothing was hurried, which was super nice.  It takes kids a long time to get sick of things.  The staff gave everyone attention, from rambunctious children to helpless adults. These activities were FUN and NEW and camping-related and helped us appreciate this particular park. These things occupied the kids and made great memories. Thank you.

Second, the people were great. My kids made friends, of course, but I also made friends with other like-minded not-that-outdoorsy parents just trying to give their kids a good time. REAL TALK: I don't care how much you love your kids, you can get sick of them, especially when you are spending non-stop time in close/different/uncomfortable surroundings on the weekend after Thanksgiving when they've had three days off from school already.  That stress is magnified when you know other people are seeing your crazy. But the other parents (including staff) were welcoming, non-judgmental, and a great distraction from worrying about my kids falling into a cactus or setting someone else on fire. I could tell other parents were relaxing about their kids' behavior as the weekend went on as well. The kids got a little bit more freedom, and we got some good laughs in at how obnoxious and funny and THE SAME kids can be. So what if my kid is in his shorts eating hot cheetos directly out of the bag at 7 a.m. and 37 degrees? He's smiling. It's not always easy to find other parents who agree. I got phone numbers, and we're trying to decide which campout we want to do next, together. That is some powerful stuff. THANK YOU.

Finally, we were not even out of the state park before my kids asked to go on another family campout and my 7-year-old announced he wants to "be like Louis" when he grows up -- not just any old park ranger, but one who "does what Louis does." To be honest, Louis is in the top two of MY list of "possibly greatest human beings on earth" (along with Clemson's football coach Dabo Swinney who loves the game above all else and never, ever says the wrong thing). Louis is the type of person that is going to inspire others to get outside, that being outdoorsy is doable and FUN, to take care of natural resources and public lands, and just to be kind and helpful. He is amazing and you must never let him go.

We can't wait to do it again -- even me, the grumpy camping mom.

The state’s magazine since 1925, Arizona Highways has provided beautiful imagery of the Grand Canyon State to millions of readers across the globe. The magazine explores the rich history of Arizona through images supporting its diverse native cultures, plants, animals, and beautiful landscapes.

Through a unique partnership, you can now explore the beauty of Arizona through Arizona Highways and Arizona State Parks!

When you purchase an Arizona State Parks & Trails standard or premium annual pass you'll receive a one-year subscription to award-winning Arizona Highways Magazine! It's easy to sign up and receive this special offer (a $24 value)! Please allow 4-6 weeks for processing and mailing.

Already have a subscription? Then this deal will add a free year to your current subscription.