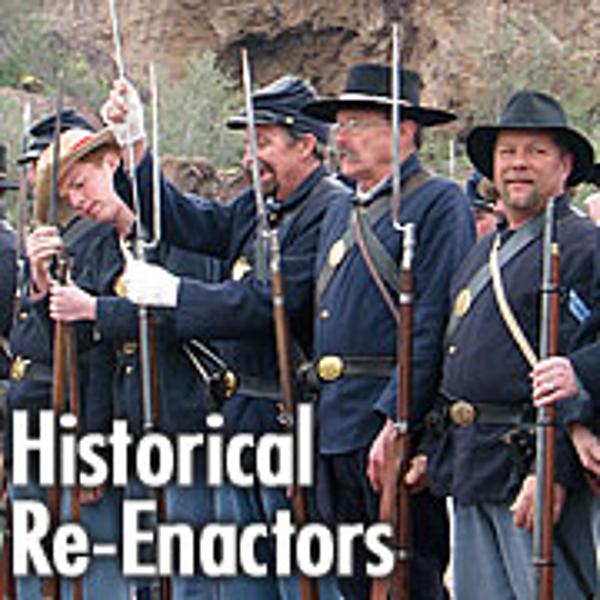 When you visit a historical site, whether a courthouse, military barracks, battlefield, mansion or ruined house, how do you really understand the drama, passions, triumphs and tragedies that occurred there? Signs can give you historical context and information. Interpreters can add details, and can answer individual questions. But nothing brings the place or event alive as much as a Historical Re-Enactor.

These volunteers have not only researched the time period, but also specifics about the role or actual person that they portray. They have spent countless dollars outfitting themselves with authentic garb and authentic “props,” such as cooking utensils, firearms, even the correct petticoats! Some re-enactors are so skilled that they are able to portray specific people from history in the first person.

This form of interpretation is invaluable to Arizona State Parks and Trails. Engaging all the senses of our visitors — smelling the gunpowder or delicious aromas from cooking fires, seeing the bright colors of traditional dress, feeling the coarseness of wool uniforms, hearing the booms of cannons, and even tasting hard tack — is the best way to not only teach them about history, but to make them care. Creating a whole experience for our visitors will bring them back, and have them telling their friends and neighbors about how great their visit to an Arizona state park was.

Specific parks have need and often use the help of volunteer re-enactors. Follow the links for the parks listed below to learn more about volunteer positions at each park. Contact the volunteer coordinator with any questions, concerns, or ideas. Volunteers are required to read and follow the Re-Enactor Event Guidelines at all times.

The parks below occasionally utilize re-enactors: 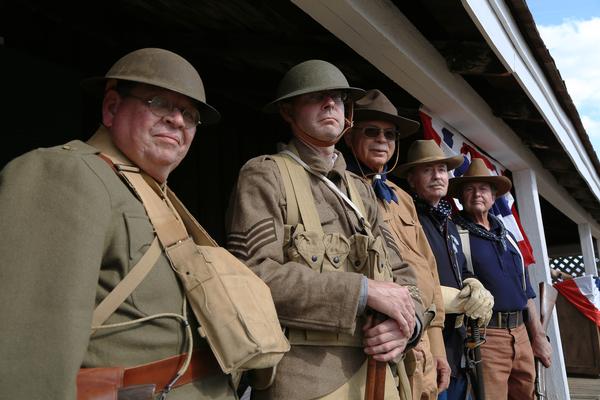 For the safety of our visitors and the interpretive authenticity of the event, re-enactors are required to adhere to the following regulations. You may also download re-enactor event regulations ( 163 KB PDF) Note: Regulations revised 12/01/2009, please review.

Authenticity and General Code of Conduct: