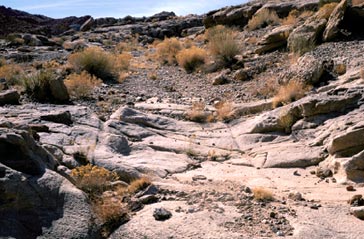 For the Mormon colonizers of Arizona in the 19th century, the closest temple in which a marriage could be made eternal, or “sealed,” was in St. George, Utah. Mormon couples from central and eastern Arizona made a long journey by wagon or buckboard or on horseback through rugged and inhospitable territory to St. George. The route became known as the “Mormon Wagon Road.”

Travelers making this long trek used a trail system that crossed a rocky, sandy, arid region. Lee’s Ferry on the main trail became the most feasible place to cross the Colorado River, the most challenging obstacle. South of the river, the main road headed almost due south, much of it alongside the Little Colorado River, to Sunset Crossing, where Winslow is today. From here, branches led to Mormon colonies in the Tonto Basin and the upper Little Colorado River Valley. An important part of this trail system also continued from Show Low southward to the Upper Gila River Valley. The distances of the various branches combined amounted to more than 450 miles.

In the 1880s, Arizona historian Will Barnes lived on the Little Colorado River. He talked to the people going past his ranch, to and from St. George, Utah. In 1934, in an article he wrote for Arizona Highways Magazine, Barnes referred to the Mormon Wagon Road as the “Honeymoon Trail.” The name stuck, and everyone, including the the Mormons, themselves, began to refer collectively to this network of trails as the “Honeymoon Trail.”