Arizona's historic state parks allow visitors to learn about the diversity of rich history and culture found within the Grand Canyon state. These sites have museums and exhibits for you to explore and experience Arizona's exciting past. Map out your tour of Arizona's history and hit the road! 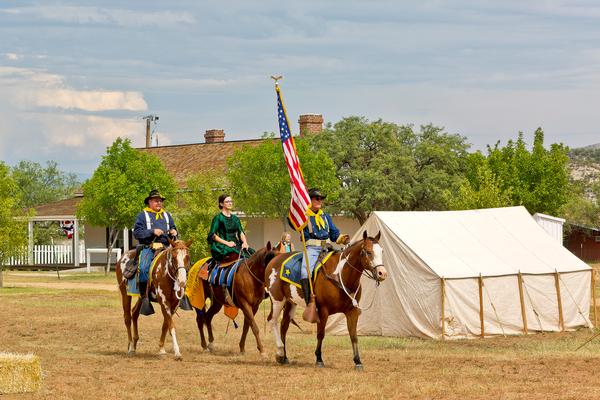 From Phoenix, it's a quick hour drive north to Camp Verde to visit Fort Verde State Historic Park. Here, you can learn about Arizona's role in the Central Arizona Indian Wars around 1870. Fort Verde is the best surviving military architecture from this period, and the buildings feature exhibits of what life would have been like for the soldiers and families in the area. Visit the commanding officers' quarters, bachelors' quarters, and doctor and surgeon's quarters, all furnished in 1880's fashion. During your visit, the beauty of the Verde River Valley is present all around you creating a scenic backdrop for your tour through this Arizona historic park.

The park also hosts events throughout the year to bring history to life and give visitors a glimpse into a slice of history. Watch a vintage baseball game during the Buffalo Soldiers celebration every February, experience a military timeline during History of the Soldier in April, and join in the fun at Fort Verde Days in October. Check the full listing of events at the park to learn more.

After your tour of Fort Verde, take a quick 40 minute drive northwest to the town of Jerome, where you can stop in at the Douglas Mansion, now home to Jerome State Historic Park. Built in 1916, this beautiful adobe structure once housed the Douglas family, mining officials, and investors. In 1965, the home opened as a museum dedicated to telling the story of the rich mining history of Jerome. Fun, interactive displays give visitors insights into copper mining, and how it contributed to Arizona's growth. Explore this two-story home, catch the video presentation, and explore the 3-D model of

the town and its underground mines. Turn in to the park first, and then head up the hill (after checking out the fantastic views from the mansion) for lunch and some shopping in this quaint, artsy town.

Hop back in your car for an hour and a half up north to Flagstaff, where you can tour Riordan Mansion State Historic Park. The drive through Arizona's backcountry en route to this historic park is scenic and packed with breathtaking views. This mansion was built in 1904, and remains one of the finest examples of American Arts and Crafts-style architecture open to the public today. At the time it was built, hot and cold running water, central heat, and electricity were all the most modern technology and design, and this house had it all. During the tour, you'll learn more about life in the early 20th century and the life of the Riordan family, owners of the Arizona Lumber and Timber Company. The park grounds include 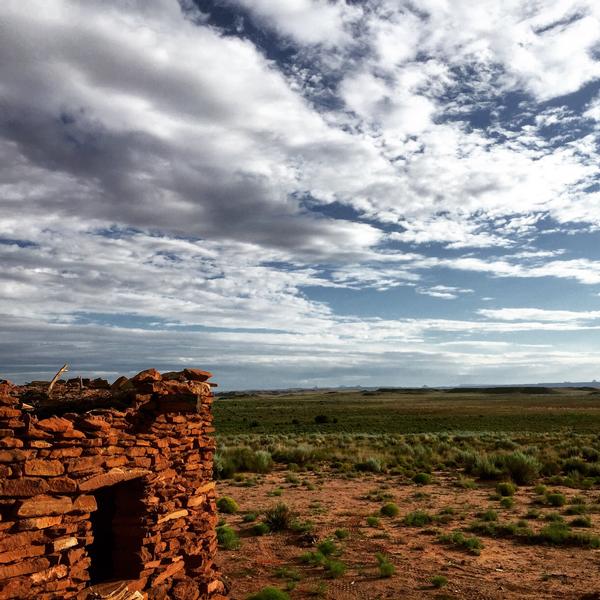 From Flagstaff, head east for an hour to Homolovi State Park to learn about Arizona's Hopi culture. This park is a center for research of the Hopi people from the 1200s to the late 1300s. There are two main pueblo ruins to explore, as well as a museum, trails, and a campground complete with hookups if you're an RV camper. This is the only one of the historic parks where you can stay awhile and explore more, and the vast Arizona high country views beg you to gaze in wonder. Plus, every August, the park celebrates Suvoyuki Day, a day of family-friendly events, food, and fun to commemorate the partners who have helped protect this land and the varied Hopi history found here.

About an hour north of Tucson is the quiet desert town of Florence and the origin of creation for Arizona's state parks, McFarland State Historic Park. It was here, in this 1878 courthouse, that Ernest W. McFarland signed the legislation to create the Arizona State Parks Board. The park originally served as Pinal County's first courthouse and was purchased by then Governor McFarland in 1974. This park is now operated by the Florence Chamber of Commerce and offers a museum with WWII Prisoner of War exhibits, the Ernest McFarland exhibit, and information about the courthouse and its uses in the late 1800s and early 1900s. This park is set within some of Arizona's most beautifully rugged Sonoran Desert landscape and gives visitors a chance to appreciate its unique beauty just outside of town.

Heading further south, you can choose to take Interstate 19 to Tubac or Interstate 10 east to Tombstone. Both state parks are approximately two hours away from the town of Florence, and each offers a very different experience.

At Tubac Presidio State Historic Park, you'll be visiting Arizona's very first state park. The park was dedicated in 1958 and is the site of the oldest Spanish Presidio ruins in Arizona, as well as one of the oldest Territorial Schoolhouses. You can try your hand at 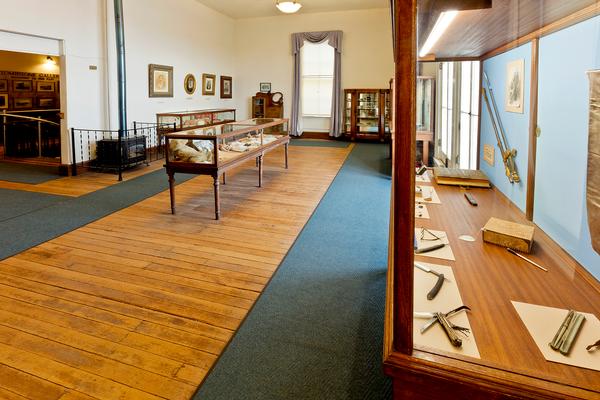 hand pressing newspaper with some of the printing press demonstrations the parks hosts - this park was also the site of the very first newspaper in Arizona! Seven separate exhibits within the park each tell the story of a different aspect of this important historical time, and the stunning gardens at this 11-acre park have something for every nature lover to experience.

Now, saddle up, because when you head east to Tombstone Courthouse State Historic Park, you'll be officially entering the Old West! Built in 1882, the Victorian courthouse was once home to the sheriff's office, jail and Cochise County courtrooms. The museum now features the history of Tombstone as a frontier silver mining boomtown. Exhibits about Wyatt Earp, the gunfight at the OK Corral, miners, cattlemen, and pioneers give a peek into life in the wild west.

Head out west for two more parks along the historic Colorado River! The city of Yuma is the oldest city along the Colorado River and is a great destination to learn about this famed river and how it influenced early life in Arizona. Stop by the Colorado River State Historic Park to learn more about why Yuma was once called the "Gateway to the Great Southwest" and how this former army depot would have operated in 1872.

Next, head over to Yuma Territorial Prison State Historic Park, where inmates built the cells where they lived. Check out notable residents, interesting stories from the prison's 33 years of operation, and even step into a cell! Self-guided tours give you the chance to spend as much time soaking in the history (and the amazing riverfront views) at this storied landmark on the lower Colorado River.