In 1878, Florence, Arizona was known as “the garden city.” Located in the middle of the desert, its lush grass would spread outward from tall stands of cottonwood trees that lined the hard-packed streets. Farmers, ranchers and miners would join townspeople at the Pinal County Courthouse, the center of activity, to socialize and transact business. The courthouse occasionally served as a dance hall, where memoirs from Estella Kentfield Colton, circa 1887, reveal: “Every week there was a public dance at the courthouse. They danced in the courtroom. There was always a big attendance and ... men, women and children came just to look on and enjoy the music.

The local “Vigilance Committee” stormed the sheriff's office in this building in 1883, dragged two men from their cells and hanged them in the corridor of the jail. Those two had been charged with holding up a stage and killing Johnny Collins, the guard. A coroner's jury later found that the two prisoners had met their deaths "at the hands of parties unknown." A short time later, the same "vigilance" group attempted to lynch four other prisoners under the same circumstances but were thwarted in their efforts when Michael Rice, the jailer, armed the prisoners, took them upstairs and faced down the mob from the windows above the street.

This adobe brick building, now McFarland State Historic Park, served many roles during the late 1800s and early 1900s, most notably as a jail house and a hospital. Indeed, it was the first Pinal County Courthouse. Built in 1877-78, it held the sheriff's office, the courtroom, the judge's chambers, and the jail on the first floor. The second story was used as a jury room and quarters for visiting lawmen.

Today, visitors tour the building where they can see and feel for themselves the history of Arizona and the people who helped shape it. Inside the park, be sure to visit Florence's WWII Prisoner of War Camp exhibit. This exhibit depicts the lives of the people who were stationed and imprisoned there. Photographs and artifacts from U.S. Servicemen and the Prisoners of War are displayed. 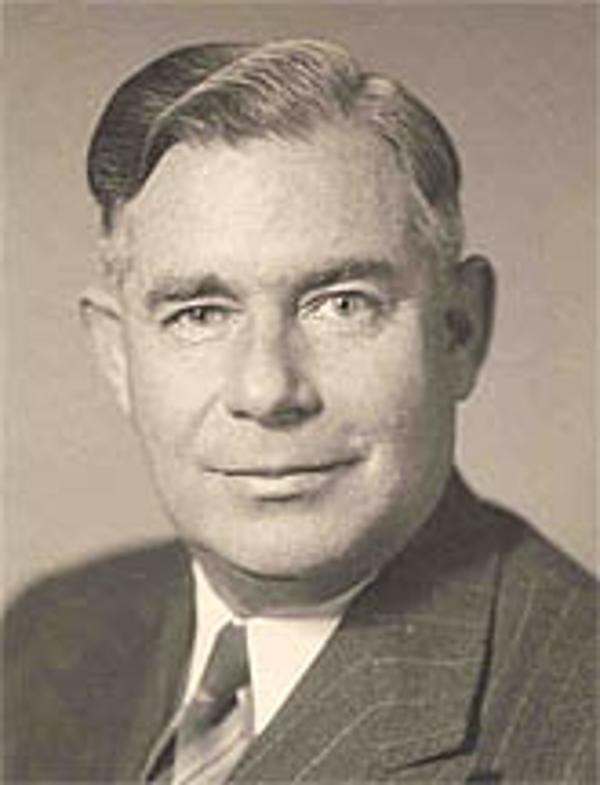 Ernest W. McFarland, or “Mac”, contributed to Arizona history through an active public service career and many lasting projects. He is the only known American to have served his state in the highest branches of government (U.S. Senator of which he served as majority leader, Governor, and Arizona Supreme Court Justice).

The decades in which “Mac” served the government also witnessed unprecedented growth in Arizona and the Southwest. McFarland was in the forefront during a crucial time, assisting in the modernization of Arizona, the region and the country.

“Mac" McFarland was commonly referred to as the “Father of the G.I. Bill” because he wrote the home and business loan sections. Other major contributions include working on the Central Arizona Project and founding the Arizona State Parks system in 1957.

The history of the park's building provides visitors with a look into the past. The building represents a transition between Sonoran and Anglo-American architecture with its wood-shingled pitched roof surmounting traditional adobe brick walls. Like most buildings in Territorial Arizona, the original 1878 structure was constructed by hand using native materials. Soil from the area was used to make adobe bricks which were laid on a trench foundation filled with river rocks. All lumber for the floors and roof was hauled by wagon from northern Arizona.