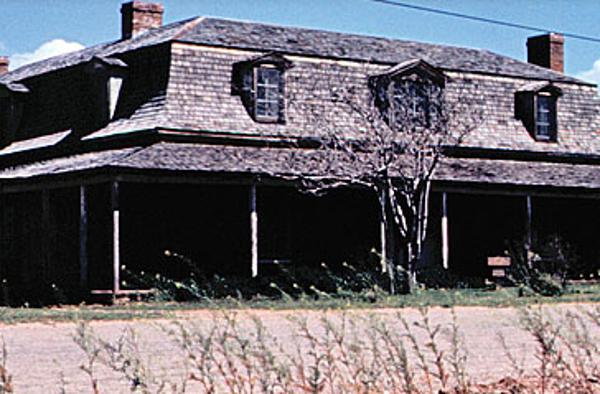 The site that is now Fort Verde State Historic Park was occupied by U.S. Army troops in the summer of 1870. Construction of the Fort began in 1871 and was completed by 1873. The Fort was an active primary military base during the Central Arizona Indian Wars. The installation was abandoned in April 1891 and the site was divided into small parcels and sold at auction.

The establishment of Fort Verde State Historic Park was the result of the dedication of Camp Verde citizens who recognized the importance of protecting our State’s heritage. The Camp Verde Improvement Association’s (CVIA) initial efforts were strongly supported by Harold and Margaret Hallett. The CVIA worked from the mid 1950’s until 1961 to save the remaining components of the Fort from destruction.

In 1961, the CVIA became the Fort Verde Museum Association. To further their preservation goals in the late 1960’s, the Fort Verde Museum Association began working with the State Parks Board to make the Fort a state park. Following lengthy negotiations, the first transfer of properties was effected on July 21, 1970. Three parcels came with this transfer that included the museum, the Commanding Officer’s Quarters, the Bachelor Officers’ Quarters, and a large collection of artifacts.

Additional properties were added through purchase and bargain sales over the next seven years to complete the Park as it currently stands at 11.25 acres. The Park contains four historic buildings, two ruins, three support structures, and a portion of the old parade ground. In 1977, the State Parks Board requested Yavapai County abandon Coppinger Road that ran between the Parade Ground and Officers’ Row. This was accomplished with the assistance of Mr. Coppinger, who, at the time, was a member of the Board of Supervisors. The Abandonment Resolution was approved on July 25, 1977. 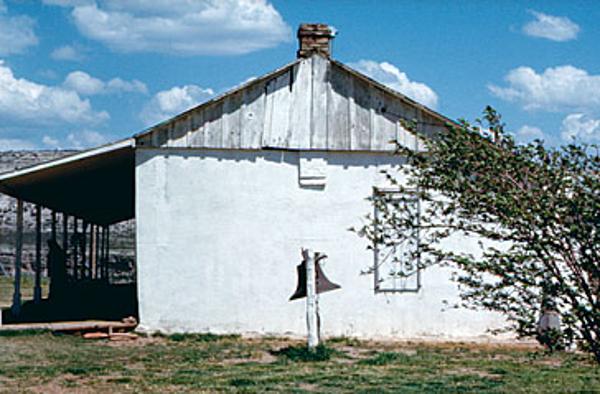 Fort Verde State Historic Park is significant as the best surviving assemblage of Indian Wars era military architecture in the State. Thus, the Park is important as a unique site for interpreting a cultural conflict crucial to the development of Arizona.

The Park was established in recognition of the importance of the historic site and the need to preserve the remaining structures of old Fort Verde. The primary resource of the Park consists of the site of the 1870-1891 U.S. Army Post in the Verde Valley. Located on this site are the primary artifacts of the Park and the four surviving buildings. Aside from their Indian Wars’ association, these buildings are significant in their own right as architectural expressions. Buildings of this type constitute a rare and rapidly disappearing historic resource. Fort Verde State Historic Park was officially dedicated by Governor Jack Williams on October 10, 1970, during Fort Verde Days. Hollis Cook was selected as the Park Manager.

Experience life through the eyes of a frontier soldier at Fort Verde State Historic Park. The fort was a base for General Crook’s U.S. Army scouts and soldiers in the 1870s and 1880s. From 1865 – 1891, Camp Lincoln, Camp Verde and Fort Verde were home to officers, doctors, families, enlisted men, and scouts. The park is the best-preserved example of an Indian Wars period fort in Arizona. Several of the original buildings still stand and living history programs are scheduled periodically, giving visitors a glimpse into Arizona’s history. Today visitors can experience three historic house museums, all furnished in the 1880s period, that are listed on the National and State Register of Historic Places. The former Administration building houses the Visitor Center with interpretive exhibits, period artifacts from military life, and history on the Indian Scouts and Indian Wars era. The park offers picnic tables, restrooms, RV and tour bus parking, and is ADA Accessible.