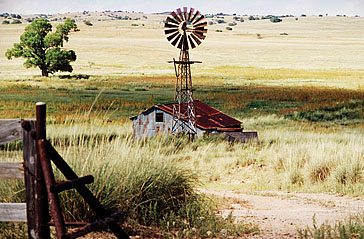 The San Rafael Valley was identified in the early 1970s as a proposed natural area because it represented one of the finest stands of native grassland in the State. These grasslands have not suffered the problems of shrubs and cactus invasion nor have they been taken over by exotic plant species that affect so much of this vegetation type elsewhere in the State and the Southwest.

The valley extends over 90,000 acres and lies at the headwaters of the Santa Cruz River between the Patagonia Mountains, Huachuca Mountains, and the Canelo Hills. Marshy springs feed the river and the floodplain that includes several swampy stretches. Two springs located within the San Rafael Ranch are Sheehy and Sharp Cienega Springs. Sheehy is considered the older of the two and is dominated by stands of cottonwoods. The great importance of the San Rafael Valley is an intact landscape, unfragmented and relatively undisturbed from the mountain ridges down to the valley bottom.

The San Rafael Valley is home to a wide variety of plants and animals. The U.S. Fish & Wildlife Service estimates the “Madrean Sky Island” bioregion (which the valley is part of) harbors the greatest diversity of mammal species in North America. Big game species are abundant in the valley and surrounding mountain ranges. White-tailed deer, mule deer, and javelina are the most common species. Pronghorn antelope were reintroduced in the valley in the 1950s and the herd now numbers about 60 animals. Rare species found in this area include Canelo lady’s tresses, Mexican garter snake, Huachuca tiger salamander, Gila topminnow, Gila chub, Sprague’s pipit, and Baird’s sparrow. Since the establishment of the Natural Areas Advisory Committee within State Parks in the early 1970s, the San Rafael Valley had been on the priority list. 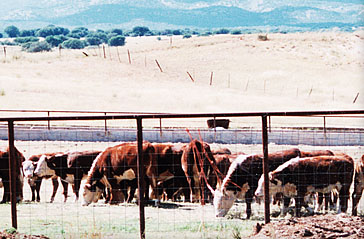 Cattle ranching has been the predominant activity in the San Rafael Valley for approximately 175 years. The valley’s pristine condition is due largely to the land stewardship by the ranchers.

Spanning 22,000 acres, the San Rafael Ranch is the center of the San Rafael Valley. The Sharp family owned and ranched the San Rafael Ranch from 1903 to January 1999. The ranch consisted largely of the last fully intact Spanish land grant in Arizona and was the largest private landholding in the valley. The ranch with its rolling grasslands and wide open spaces was used as the setting for the 1955 Hollywood movie version of the Rogers and Hammerstein musical, Oklahoma.

In 1994, at the encouragement of Parks Board member Bill Roe, and long time acquaintance of Mrs. Florence Sharp, owner of the San Rafael Ranch, the Sonoran Institute held a workshop for those individuals who owned land in the San Rafael Valley. The ranch owners decided the most efficient way to protect the valley and their lifestyle was by conservation easements that would prevent subdivision and development of the ranches.

Early in 1997, Executive Director Travous met with Mrs. Stevens, owner of the San Antonio Ranch, and Bob Sharp, manager of the San Rafael Ranch, at their request. Both parties were interested in seeing their properties conserved and wanted to know if State Parks was interested in being a partner with them to accomplish this endeavor. As a result of these meetings, appraisals were completed on the San Antonio Ranch and the Upper 17, a portion of the San Rafael Ranch. With the Parks Board’s interest in these areas, the Natural Areas Program Advisory Committee (NAPAC) scheduled its November 1997 meeting at Patagonia Lake State Park so a tour of both properties could be made. 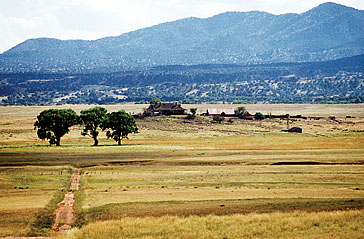 At their January 1998 meeting, the Parks Board considered a proposal where the Board would acquire between 80 and 320 acres of the Upper 17 acreage for the development of a visitor center. A conservation easement would be acquired over the balance of the San Rafael Ranch. The Board instructed the staff to proceed with due diligence in activities pertinent to acquiring the conservation easement on the San Rafael Cattle Company ranch. By May 1998, the purchase agreement on that portion of the Upper 17 and conservation easement on the remainder of the San Rafael Ranch was ready to be finalized upon the completion of the property survey. In early summer the family advised the Parks Board they could not proceed with the present proposal because of tax issues and would have to list the ranch on the open market for sale.

The Nature Conservancy (TNC) then stepped in and offered to negotiate the purchase of the San Rafael Ranch through acquisition of all shares of the corporation the family had set up many years prior. At the September 17, 1998, Parks Board meeting, the Board expressed its appreciation to TNC for its efforts in trying to save the San Rafael Ranch. The tentative agreement between TNC and the Parks Board was for the Board to purchase a portion of the ranch and a conservation easement on the Land Grant. The Board voted to encumber $8.3 million from the Natural Areas Acquisition Heritage Fund. The Board also committed staff to work with TNC in the development of the necessary agreements for the land to be acquired and the conservation easement. Les Corey, Executive Director of TNC’s Arizona Chapter, stated, “After discussion with the Sharp family, we have found a solution we feel best addresses the family’s needs, the needs of the San Rafael community and meets the widely recognized conservation goals; a solution which prevents fragmentation of the landscape critical to wildlife and leaves the major property in private ownership.”

Not open to the public