In less than three years, Arizona State Parks & Trails has transformed into a self-sustaining Enterprise Business with record attendance and revenue. On September 26, 2017, Arizona State Parks & Trails won the Gold Medal for best managed state park system in the nation from the American Academy for Park and Recreation Administration in partnership with the National Recreation and Park Association. 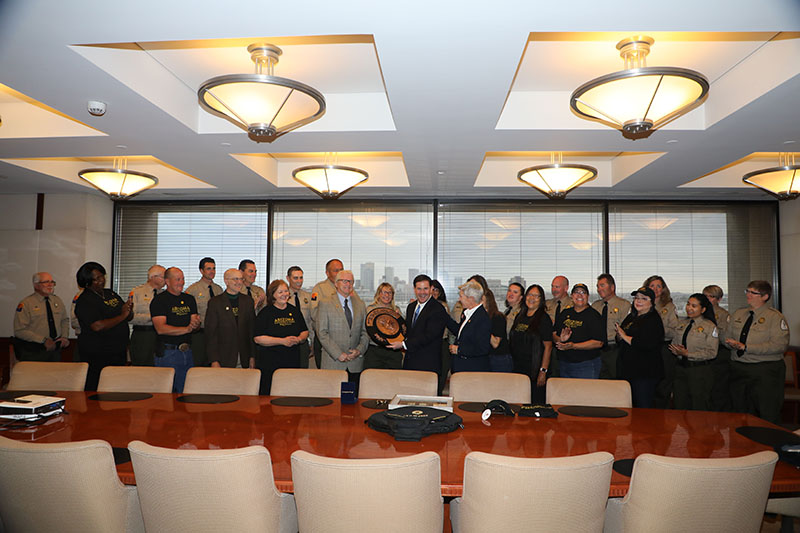 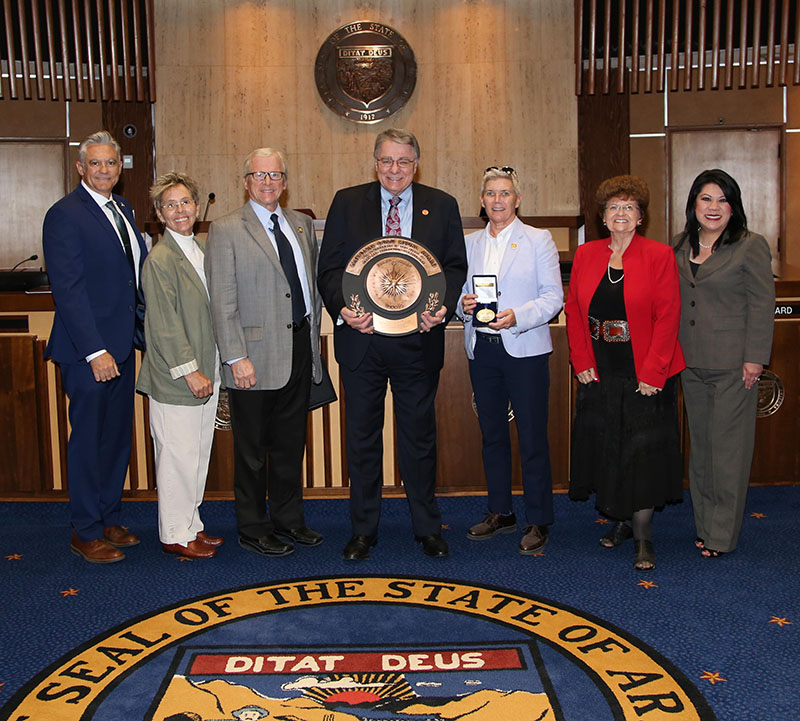 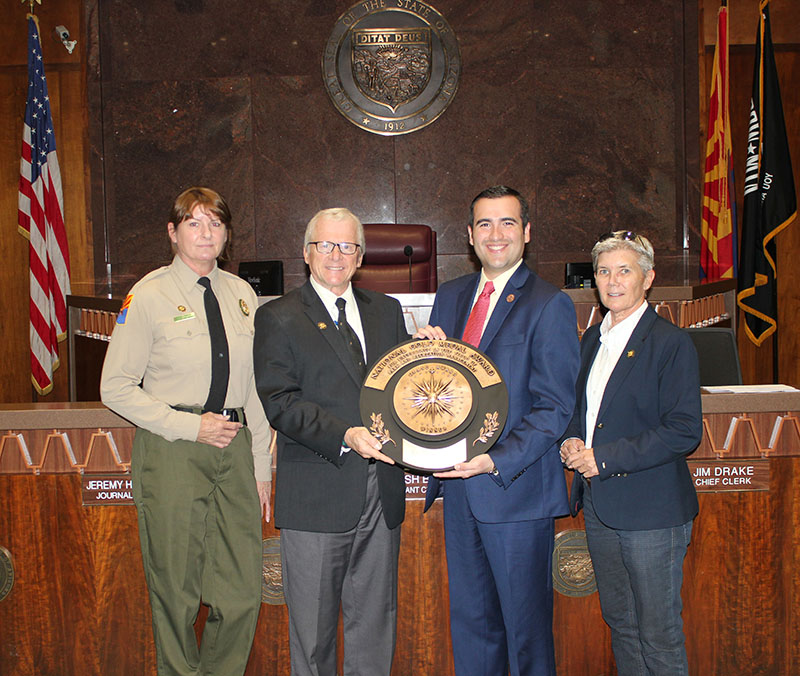 Presenting Arizona Speaker of the House, Javan Mesnard with the Gold Medal

The medal will visit each State Park in Arizona, but it's already going places... 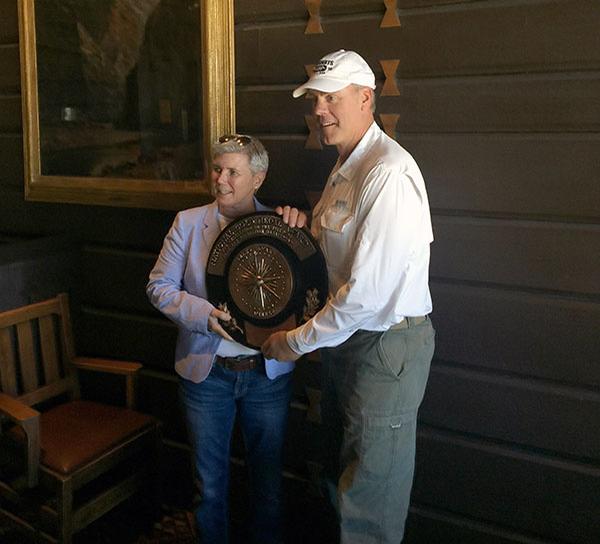 Presenting Secretary of the Interior Zinke with the Gold Medal 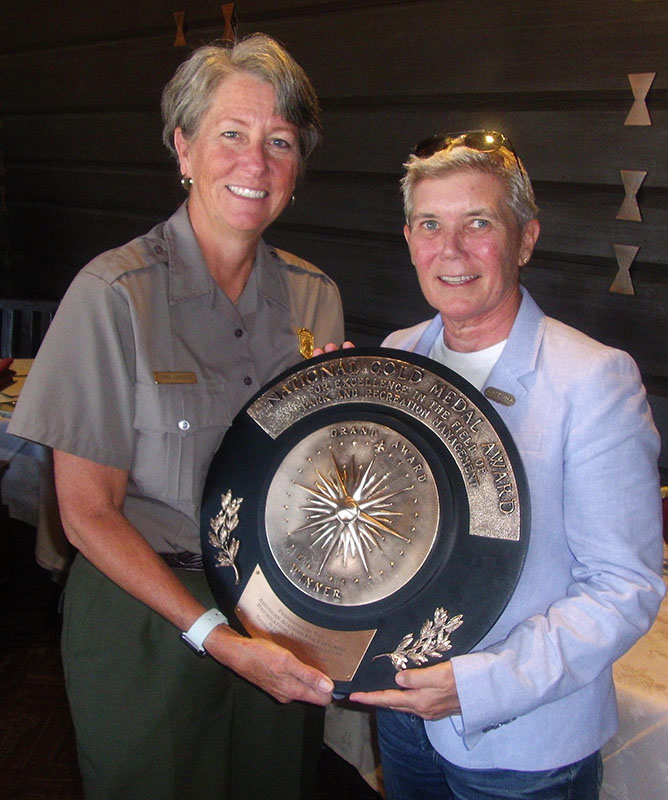 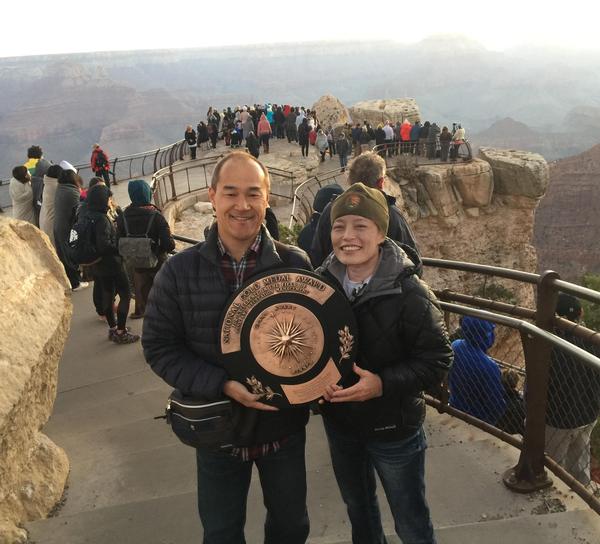 About the Gold Medal

The Gold Medal Award Program includes seven classes: five classes based upon population, one class for armed forces recreation and one class for state park systems in odd numbered years. At the beginning of each calendar year, agencies are invited to submit applications for consideration, with a deadline of mid-March. Finalists were announced at the end of April, and the Grand Award recipient was announced at the NRPA Annual Conference on September 26 in New Orleans, La.

A panel of five park and recreation professionals reviewed and judged all application materials. Judges are chosen for their considerable experience and knowledge in parks and recreation on both local and national levels.

Highlights from the video include:

o    Rockin' River Ranch State Park - Situated in Camp Verde, on 209-acres along the Verde River in central Arizona, this park will offer campers, hikers and equestrian enthusiasts a wonderland of amenities.

o    1st State Park agency in the U.S. to apply for accreditation from the Commission for Accreditation of Park & Recreation Agencies (CAPRA)
o    Oracle State Park certified by International Dark Skies Association - Park hosts regular Star Parties with local astronomy groups attracted by some of the darkest skies in the world for celestial viewing.
o    Working with Arizona-based Cavco Industries to meet the demand for expanded camping accommodations. This private company will build/install 100 NEW cabins for a percentage of resulting revenue.